VICTIM: Carlos Thomas, Jr, 25 year old male
On Friday, 4/30/21, Carlos Thomas, Jr was shot to death at
10203 Kennedy Avenue, Cleveland, Ohio.  He was found by Police around 3:30am under the rear axle of a vehicle parked in the driveway. Crime Stoppers will pay up to $5000 for information leading to the identity and prosecution of anyone involved in this crime.  REMAIN ANONYMOUS.  Tipster may also contact Detectives Schultz, Smith, Loomis, or Legg at Cleveland Homicide at 216-623-5464.

Victim: ROSEMARY HILL, 48 years of age
3500 block of East 76th Street
On Saturday April 24, 2021 Rosemary Hill was shot to death on East 76th Street in Cleveland, Ohio. About 6:40pm, Rosemary Hill was shot multiple times while sitting in her car. Two males fired guns and then fled in what may be a 2015 Honda, silver in color with tinted windows. A cash reward of up to $5000 will be paid for information leading to the identity and prosecution of anyone involved in this killing. REMAIN ANONYMOUS.  Tipsters may also call Cleveland Homicide Detectives Tusing, Diaz, Bauhof, or Dayton at 216-623-5464.

Victim: Robert Lee Tony, Jr
20 year old male
on Sunday April 18, 2021, Robert Lee Tony, Jr was found shot to death at the gas station located at 11609 Miles Avenue in Cleveland, Ohio.  He was shot shortly after 5:00PM while sitting in his car at the gas pump. Suspects may have been in a black, 4 door sedan with tinted windows. Tips leading to the identity and prosecution of anyone involved in this crime may be eligible for a cash reward up to
$5000.00. REMAIN ANONYMOUS.  Tipsters can also call Cleveland Homicide at 216-623-5464 and speak to Detectives Cramer, Powell, Rivera, or Dayton with information.

Victim: KENT BREWER
38 year old male
On Saturday April 10, 2021 at 9:30am, Cleveland Police responded to 3258 East 104th Street where they found Kent Brewer in the front seat of his vehicle. Kent Brewer had been shot multiple times. The victim was pronounced dead at University Hospital. There is up to a $2500 cash reward for information on those responsible for this murder. REMAIN ANONYMOUS.

Victim: HERSHAWNA RIAS
17 year old female
On 4/8/2021, 17 year old Hershawna Rias was found shot to death at 107th Street and Elk Avenue in Martin Luther King Jr. Park.  She was found by Cleveland Police shortly before noon.  Anyone with information on this crime that leads to the identity and prosecution of anyone involved is asked to contact Crime Stoppers.  There is a cash reward up to $2500 and tipsters remain anonymous. Help solve this killing of a young child.

On November 25th, 2020 at approximately 12:23 a.m. the Maple Heights Police Department responded to a call in the parking lot of 5151 Lee Road regarding gun-shots in the area. Arriving officers discovered Al Bush in the driveway of the apartment complex suffering from gun-shot wounds. Officers summoned medical aid, but Al Bush succumbed to his injuries before medical aid arrived on scene. No arrests have been made in this case.
Crime Stoppers is offering a reward of up to $5,000 for any information leading to the identity, location, and prosecution of the person(s) involved in the murder of Al Bush.  Tipsters Remain Anonymous 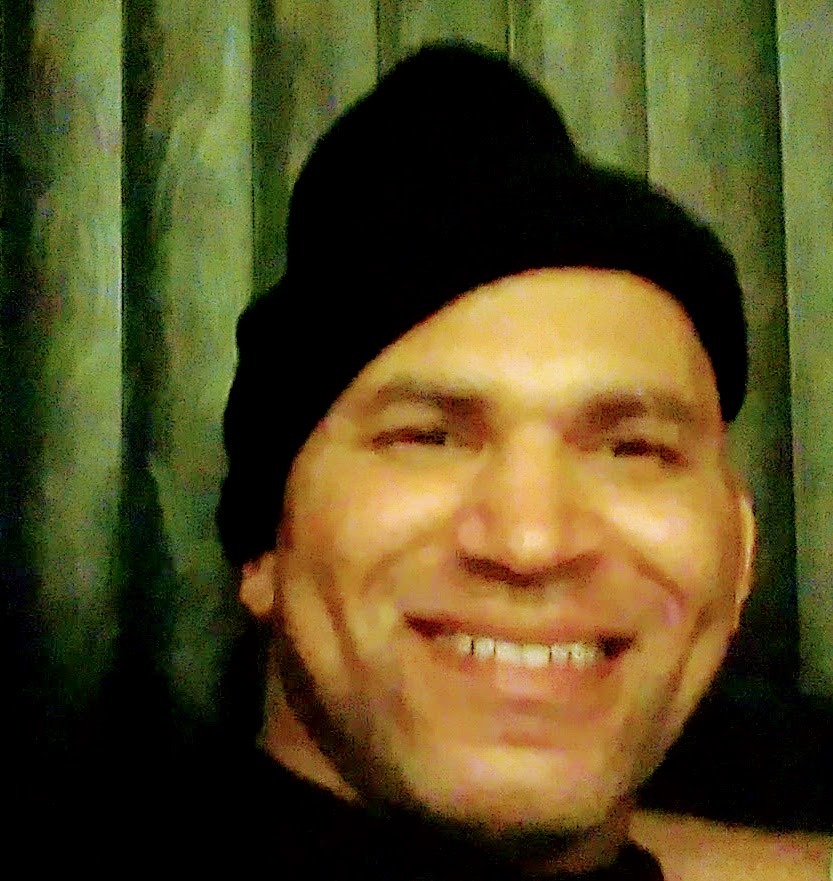 Victims: Kate Brown and Carnell Sledge
Rocky River Reservation/Fairview Park, Ohio
June 4th, 2019
Kate Brown and Carnell Sledge were shot and killed on June 4th, 2019
between 5:08 and 5:15 pm. The two arrived in separate cars, parking in the lot just north of the Lorain Avenue Bridge. The two friends sat on a bench and talked.  A killer approached and fired shots; Carnell Sledge was shot several times in the head and Kate Brown was shot once.  Carnell Sledge was found next to the bench and Kate Brown was found at the water’s edge.  Both the Metroparks Police and the FBI have continued to work hard to solve these murders.
Crime Stoppers is reminding the community that any information may be valuable in solving this case. There remains a $100,000
reward for information leading to the identity and prosecution of anyone involved in this murder. Reward funds have been contributed by the Brown family, FBI, and Cuyahoga County Crime Stoppers.
TIPSTERS REMAIN ANONYMOUS. 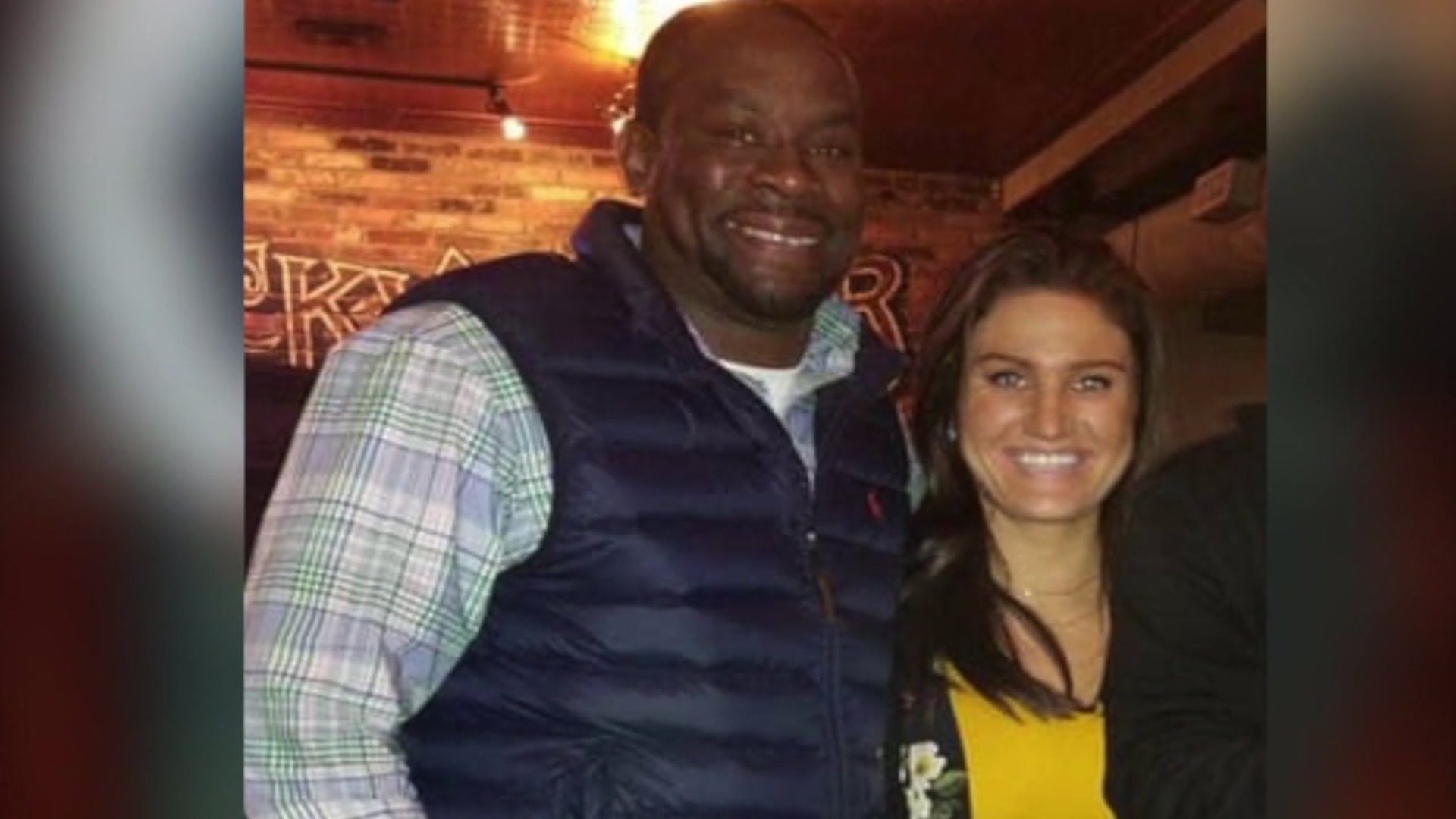 Victim: Tyronte Peterson
3/29/21
On Monday March 29, 2021 in the 6000 block of Hosmer Avenue, Cleveland,
Tyronte Peterson was shot and killed at approximately 8:30 PM.  Suspects are unknown Black males.  Crime Stoppers will pay up to $2500 in a cash reward for information leading to the identity and prosecution of anyone involved in this murder.
REMAIN ANONYMOUS

Murder
3591 East 105th Street
Victim: Unidentified
Sunday March 28, 2021, at 4:30 PM, AN Unidentified Black Male was found shot to death in his automobile. It appears the male crashed his vehicle after being shot multiple times. Crime Stoppers is offering a cash reward of up to $2500 for information leading to the identity of anyone involved in this murder.
REMAIN ANONYMOUS.

Crime Stopper is offering a reward up-to $2500 for any information leading to the identity, location, and prosecution of the person(s) responsible for the murder of James Harris. James Harris was murdered on January 29th, 2021 in the 700 Block of East 131st Street in Cleveland, Ohio. Any information provided to Crime Stoppers is anonymous.